The first edition of this best-selling series of chess simulations to appear on the Mac for several years.
Chessmaster 9000 boasts a new and improved chess engine that allows players to compete against more than 150 different opponents from beginner to Grandmaster level combined with the best 3D graphics ever seen in a chess program.
Featuring challenging gameplay with unrivalled personal instruction and chess resource material to elevate your game, Chessmaster is a teacher, mentor and ultimate opponent that provides countless hours of interactive competition and fun.

Since the very first version of this game appeared in 1986, Chessmaster has led computer chess gaming, selling more than 5 million units worldwide and winning numerous awards. Chessmaster 9000 builds on the strong foundation of its predecessors by adding many new tools to help players master the game of chess, featuring: 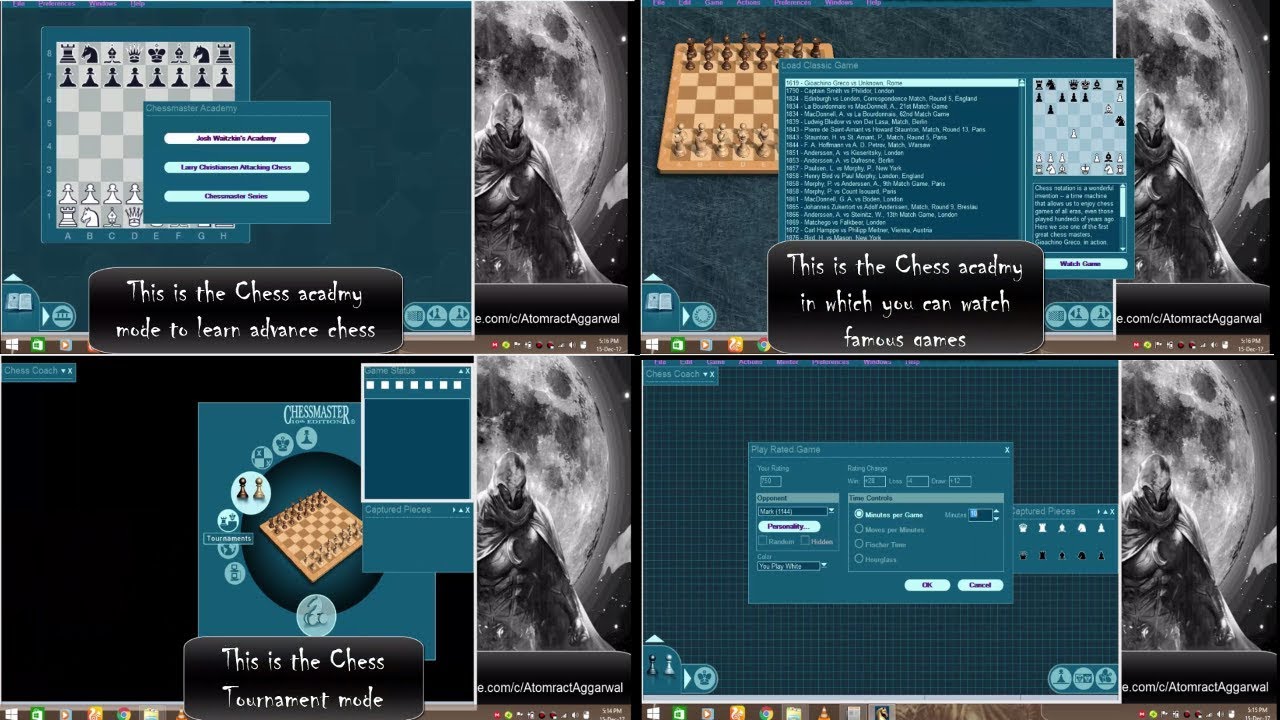 The Chessmaster chess engine is called The King, written by Johan de Koning of the Netherlands. It was introduced in Chessmaster 4000; the first edition featured a chess engine written by David Kittinger, who went on to develop the engines for Interplay's USCF Chess, WChess for the German company Millennium 2000, and Sierra Entertainment's Power Chess, Majestic Chess and Disney's Aladdin Chess Adventures. The second edition had an engine designed by Kate and Dan Spracklen of Sargon fame. 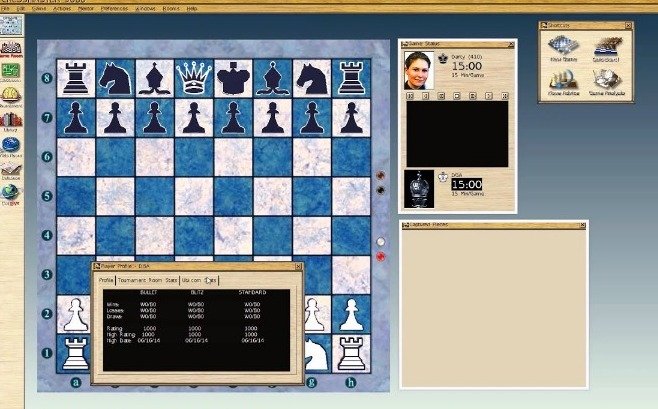 The latest version, Chessmaster 11th Edition, was released in 2007, and has lagged behind more current chess engines. CCRL places it 84th on its February 2017 list.

The personality feature has inspired many amateur computer chess enthusiasts to attempt to find more optimum personalities. In Chessmaster 10th Edition, the creation of new personalities has been made easier than before. The Stanley chimpanzee personality inspired the Stanley Random Chess Variant.

Screenshots from the game Chessmaster 9000